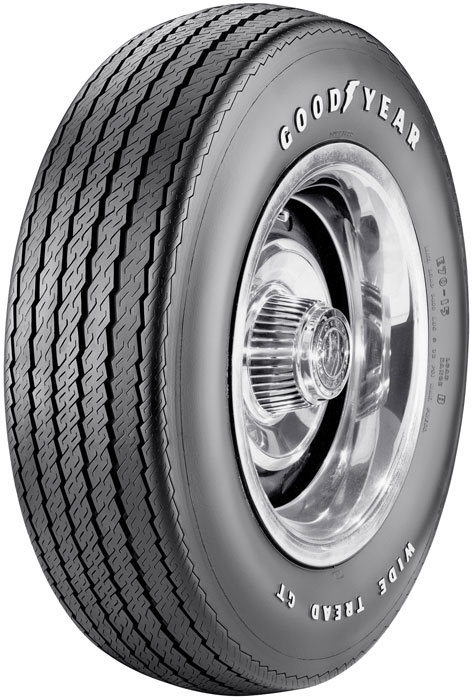 Specifically designed and only fitted to the 1968 and 1969 Z28 Camaro. Goodyear answered the call from GM to develop the appropriate tire for this high performance platform. Talk about a Z-handler, this Goodyear Speedway Wide Tread GT did the job.